Pulse wave velocity: why is it important to know to estimate?

Optimal ventriculo-vascular coupling is critical for proper performance of the left ventricle. This depends on the pulsatile (frequency) components of the arterial pressure/flow reflected from the periphery to arrive at the aortic root after the aortic valve closes. Optimal coupling occurs when the young and normal aorta/arterial wall primary components (i.e., collagen, elastin, and smooth muscle) work efficiently. However, with age or disease (atherosclerosis, hypertension, etc.), the wall structure can be modified, decreasing aortic compliance (increasing aortic stiffness). As the stiffer aorta is distended by the bolus of blood ejected from the left ventricle, a higher pressure results. Additionally, the increased aortic stiffness may lead to the arrival of reflected waves from the periphery before the aortic valve closes, further increasing the load on the heart. Thus, aortic stiffness is an important risk factor for cardiovascular morbidity and mortality.

There are multiple ways to measure aortic stiffness; pulse wave velocity (PWV) is one such measure. PWV is defined as the ratio of “the distance between two aortic/arterial sites (D)” to “the difference in arrival times of the foot of the upstroke of pressure or flow velocity at the sites (foot-to-foot timing, PTT)” or PWV = D/PTT. In humans, PWV is estimated using Doppler blood flow velocity waveforms at carotid and femoral arterial sites (cfPWV). As described below, cfPWV is not straightforward, and its acceptance as a clinical measure has been slow. Methods to estimate PWV (ePWV) using age and mean arterial blood pressure as presented and analyzed by Heffernan et al.[1] are a promising surrogate. The relationship between PWV and age and PWV and mean blood pressure are discussed here.

The relationship between aging and arterial stiffness was described in the 1920s by Bramwell and Hill[2]. They reported that carotid-to-radial PWV increased with age in normal individuals from 4.7 m/s at 6 years of age to 8.5 m/s at 66 years of age, exhibiting a curvilinear relationship. They noted that this relationship might not be valid under pathological conditions. Decades later, numerous studies confirmed that PWV increases with age, consistent with the arteries becoming stiffer[3-8]. These studies used different methods and different sites to measure PWV, including ascending aortic[3], aortic-femoral[4-6], brachial-radial and femoral-ankle[5], carotid-femoral[6-8], and carotid-radial[7] sites. Some studies reported a linear relationship between PWV and age[3-6]; others reported non-linear relationships[7,8] where PWV increased to an even greater extent beyond 50 years of age[7]. Additionally, differences between age-associated stiffening of the aorta and stiffening in peripheral arteries were recognized[9].

Avolio et al.[5] reported that while PWV was significantly correlated to mean arterial pressure (MAP = DAP + ⅓(SAP-DAP), the increases in PWV with increasing MAP were independent of age. This relationship of PWV and MAP to age has been confirmed by the study reported by the Reference Values for Arterial Stiffness Collaboration[8]. Yet, as described above, all these studies used arrival times of the foot of the upstroke of flow velocity to obtain cfPWV. The use of foot-to-foot (pressure or flow velocity) arrival times means PWV is measured when diastolic pressure is the distending pressure. As PWV is proportional to the pressure in the vessel[10,11] when it is measured, PWV measured at diastolic pressure is lower than PWV measured at any other time within the cardiac cycle. This results in the underestimation of aortic stiffness and the actual load on the heart. The extent of this underestimation is greatest when the arteries are the stiffest in both human studies[12,13], and animal studies (mice[14] and rats[15]). Theoretically, if aortic stiffness was increased with no other change in the system, then systolic blood pressure would increase and diastolic pressure decrease with minimal change in mean pressure. Thus, PWV assessment throughout the cardiac cycle is therefore vitally important.

The equations used by Heffernan et al.[1] include age2 and mean pressure2. The two “squared” factors represent the non-linear relationship between PWV and age and pressure. Furthermore, they looked at two different estimation equations, both “best fits” from differing populations. While the equations estimate PWV, we wanted to underscore that the gold standard cfPWV was measured at diastolic pressure. Further, mean pressure includes the systolic pressure, more an output of arterial stiffness than a determinant.

OTHER ISSUES WITH ACTUAL MEASUREMENT OF PWV IN PEOPLE

Noninvasively measured cfPWV is used extensively and accepted as the clinical “gold standard”, but cfPWV has had slow uptake in the clinic. This PWV measurement, affected by experimental and methodological factors apart from physiological and pathological factors, may not be as robust as most “gold standards”. There are ambiguous/confounding issues reported in some studies[16,17] caused by the following limitations.

PWV measurements in humans using carotid-femoral[18,19], carotid-radial[20], brachial-femoral[21], or brachial-ankle[22] arterial sites include vessels with properties very different from the aorta. Using a multi-sensor pressure catheter, Latham et al.[23] showed PWV increases from ~4.4 m/s in the ascending aorta to ~9.2 m/s in the lower abdominal aorta in non-hypertensive humans (~42 years). The femoral and brachial arteries have PWV 3-4 times higher than the aorta[24], and including segments of these arteries elevates PWV values leading to misinterpretation. “Aortic PWV” techniques that include carotid artery, brachial artery, and femoral artery segments overestimate aortic PWV by ~34%[25], ~92%, and ~105%[24], respectively vs. the true aorta[23] in age-matched subjects.

Given the importance of arterial stiffness and the technical challenges with its accurate measurement, efforts to estimate PWV and validate those estimation tools are to be applauded. However, given the wide variation between estimated PWV and measured PWV described by Heffernan et al.[1], the continued search for an easily applicable tool or technique to assess aortic stiffness remains a top priority. 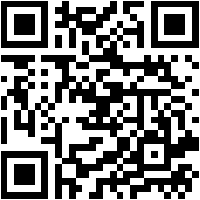