New insights into the dynamics of age-related clonal hematopoiesis

Altered hematopoiesis is increasingly recognized as a hallmark of aging and an important contributor to age-related inflammation and cardiovascular disease (CVD). In an adult individual, hematopoiesis is supposed to be polyclonal, relying on thousands of hematopoietic stem cells (HSC)[1], which in most cases can be regarded as equipotent when contributing to hematopoiesis. In contrast, accumulating evidence suggests that hematopoiesis turns oligoclonal in many elderly individuals, in whom it is dominated by a smaller number of HSC clones that contribute disproportionately to blood cell production [Figure 1]. While other mechanisms, such as stochastic loss of HSC clones, cannot be ruled out completely, this age-related clonal hematopoiesis (CH) seems to be driven primarily by the acquisition of somatic mutations in HSCs[2]. Over a lifetime, an individual acquires hundreds of thousands of mutations in the HSC pool. Whereas all HSCs accumulate mutations with no functional consequences (known as passenger mutations), some HSCs acquire mutations that confer a competitive advantage and drive their clonal expansion (driver mutations), leading to CH. CH associated with the acquisition of known driver mutations has emerged as a potent risk factor for CVD, and experimental studies in mice suggest a direct causal contribution of some of these mutations to CVD by exacerbating inflammatory responses[3]. A consistent finding in most CH studies is that those with larger clones tend to have a higher CVD risk. Therefore, there is an increasing interest in understanding the factors and mechanisms that modulate the dynamics of expansion of mutant hematopoietic clones. Two recent articles in Nature provide key new insights into this topic[4,5]. 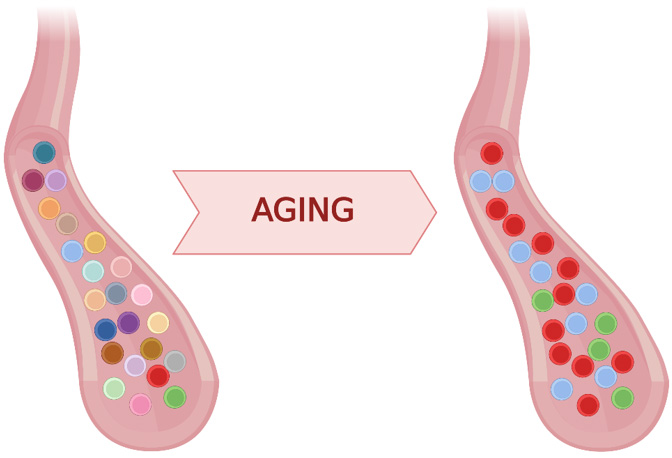 Figure 1. Hematopoietic stem cell diversity decreases with age. Peripheral blood from young individuals is generated from thousands of hematopoietic stem cells (HSCs). In the elderly, this clonal diversity collapses because hematopoiesis is dominated by a few HSC clones. While a contribution of other mechanisms cannot be ruled out, this age-related clonal hematopoiesis (CH) is primarily driven by acquired mutations that provide a competitive advantage and allow mutant HSCs to outcompete other stem cells in the pool. Two recent studies shed light on the dynamics of CH during aging[4,5]. Cells derived from the same HSC are shown in the same color in the figure. Figure created using BioRender.com.

In the first of these studies, Mitchell et al. assessed the evolution of HSC clonality across the human lifespan[4]. To do this, the authors took advantage of the fact that each HSC and its progeny share a unique collection of passenger mutations that can be used as barcodes to identify distinct hematopoietic clones[1]. The authors expanded in vitro individual HSCs or multipotent progenitors (MPPs) isolated from 10 individuals between 0 and 81 years of age who were free of hematological disease and performed whole genome sequencing of several hundred expanded colonies per individual. Then, they applied population genetics approaches to generate HSC/MPP phylogenetic trees for each individual, which allowed the identification of hematopoietic clones in a manner analogous to the identification of clades in taxonomy. These analyses revealed striking differences in the number of clones that contributed to hematopoiesis in the four individuals younger than 65 compared to the four older than 75. In young and middle-aged individuals, hematopoiesis was highly polyclonal, relying on a population of 20,000 to 200,000 HSC/MPPs that contributed similarly to blood production. In contrast, 30%-60% of hematopoiesis in elderly individuals was accounted for by just 12-18 HSC/MPPs clones. Notably, only around 20% of these clones carried a mutation affecting a known CH candidate driver gene, suggesting the existence of non-mutational mechanisms of clonal expansion or a much wider range of CH driver genes than typically considered. Indeed, based on analyses of the ratio of non-synonymous to synonymous mutations, a metric that estimates the positive or negative selection of mutations across genes[6], the authors suggested that more than 5% of all possible non-synonymous mutations can provide a certain level of fitness advantage. Furthermore, mathematical modeling confirmed that the accumulation of several mutations with a modest fitness effect over a lifetime can provide an overall selective advantage comparable to that of prototypical CH driver mutations, explaining the abrupt decrease in clonal diversity observed in the elderly.

The second study investigated clonal hematopoiesis dynamics by sequencing serial blood samples collected over a median period of 13 years from 385 people aged 54-93 at baseline (median ~70 years)[5]. Fabre et al. performed deep sequencing of 56 known CH candidate driver genes, identifying somatic mutations with evidence of positive selection in 17 of them, which were monitored longitudinally[5]. The authors found that more than 90% of clones carrying mutations in these genes expanded at a fixed growth rate, which varied substantially depending on the specific mutated gene. Notably, mutations affecting the most common CH driver gene, DNMT3A, were among those with the slowest expansion, growing at around 5% per year on average. The expansion rate of CH mutations also seemed to be affected by non-mutational factors, which remain to be determined. Using the same single-HSC colony sequencing approach as in the study by Mitchell et al., Fabre and coworkers constructed phylogenetic trees for seven individuals with CH and found that the kinetics of expansion of CH clones were not uniform over the lifespan, at least for some mutated genes[4]. Some mutant clones, for instance, those carrying mutations in DNMT3A, slowed their expansion with age, whereas others, particularly those with the fastest expansion rates, did not seem to slow down with aging.

These two articles provide fundamental new knowledge on the dynamics of CH as well as raise a number of important questions of relevance in the context of age-related CVD. First, the marked reduction in clonal diversity observed in all the elderly individuals included in the study by Mitchell et al.[4] provides strong evidence supporting the notion that CH is a hallmark of aging, as already hinted at in prior work[7]. Second, both studies found hematopoietic clones that expand despite lacking known CH driver mutations, suggesting the existence of numerous still unidentified somatic mutations that can drive CH and perhaps affect the development of age-related CVD. Furthermore, regardless of the potential effect of specific mutations, it is tempting to speculate that the reduced diversity of HSC clones observed in elderly individuals results in unbalanced inflammatory responses that impact CVD or other age-related conditions. Importantly, CH with unknown drivers has been associated previously with increased all-cause mortality[7], and it is plausible that many of these deaths are due to CVD. Third, Fabre et al. discerned that the expansion of mutant hematopoietic clones is modulated by non-mutational factors, which remain to be determined[5]. Identifying these factors and the mechanisms underlying their effect on CH dynamics may provide the basis for the development of strategies to slow down or even reverse the expansion of mutant clones. In this context, it will be particularly informative to determine whether atherosclerosis or related cardiometabolic risk factors accelerate clonal hematopoiesis, as suggested in recent studies[8,9]. Finally, both studies found that most of the mutant clones that dominate hematopoiesis in the elderly originated decades earlier. In addition, some of the most frequent CH driver mutations were predicted to expand faster at earlier ages. These findings highlight the need for additional studies that provide a more complete understanding of CH dynamics in younger populations and examine whether targeting CH early in life can prevent its clinical complications in the elderly. 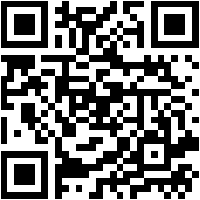