Deficient Lmna in fibroblasts: an emerging role of non-cardiomyocytes in DCM

LMNA gene encodes intermediate filament proteins Lamin A/C. Lamin A and Lamin C polymerize to form nuclear lamina, mainly located in the inner layer of the nuclear envelope. As an essential component of the nuclear envelope, Lamins are necessary for nuclear structural integrity and participate in chromatin organization, cell cycle regulation, and DNA damage response[1]. By far, LMNA has the largest and most diverse number of disease-related mutations in the human genome[2]. More than 450 different mutations are linked to laminopathies among organs and tissues, including peripheral nerve (Charcot-Marie-Tooth neuropathy), adipose tissue (familial lipodystrophy), muscle tissue (muscular dystrophy, dilated cardiomyopathy, and arrhythmia), multiple systems with accelerating aging (Hutchinson-Gilford progeria syndrome)[3]. Most LMNA mutations affect the striated muscles; about 165 LMNA mutations have been associated with dilated cardiomyopathy (DCM)[4].

DCM is one of the most common causes of heart failure and sudden cardiac death in the aging population, characterized by ventricular dilation and systolic dysfunction. Notably, gene mutation contributes to approximately 40% of DCM causations, and more than 60 genes, including LMNA, have been identified as relevant to DCM. LMNA mutations lead to 5%-10% of DCM cases, with an age-related penetrance typically between 30 and 40[5]. 86% of LMNA mutation carriers exhibit cardiac phenotypes over 40, while 7% of the patients are younger than 20[4]. LMNA-related DCM usually presents conduction defect and ventricular arrhythmia, with or without progression into left ventricular enlargement[6]. However, how LMNA mutations are linked to the DCM phenotype remains unclear. 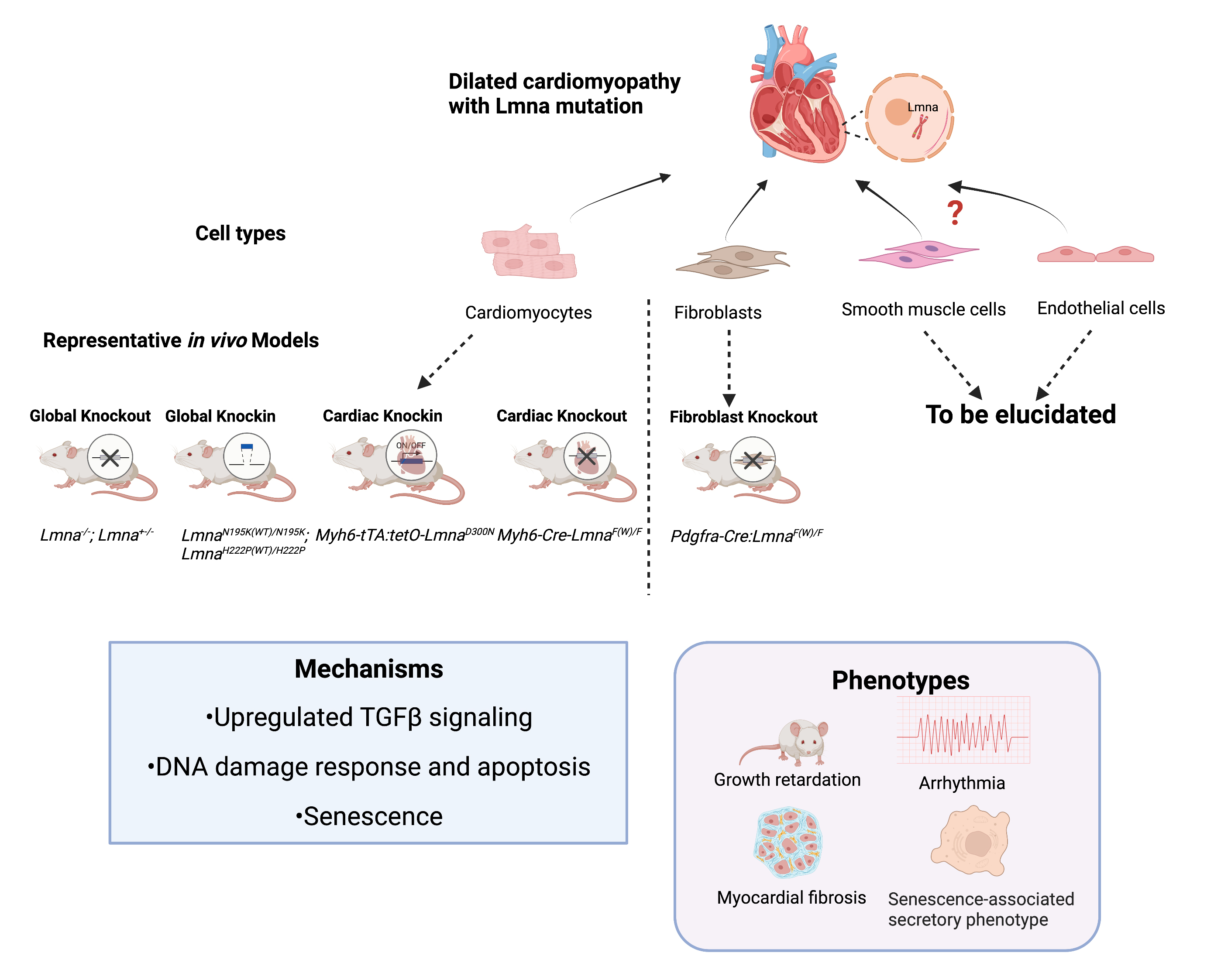 Figure 1. Patient-related LMNA mutant mouse models. Most animal models are generated based on Lmna mutation or deletion in cardiomyocytes and have contributed to investigations on DCM pathogenesis. The current fibroblast-specific Lmna-deficient mice demonstrated a similar DCM phenotype compared to cardiomyocyte Lmna-deficient models, with the signature of growth retardation, arrhythmia, and myocardial fibrosis, and senescence-associated secretory phenotype. Mechanistic studies showed upregulation of TGFβ signaling, activation of DNA damage response and apoptosis, and cell senescence. Collectively, cardiac fibroblasts with Lmna deficiency jointly contribute to DCM with cardiomyocytes. With this discovery, the non-cardiomyocytes are emerging as important new players in the pathogenesis of LMNA-DCM. (Created with BioRender.com).

In addition to in vivo models, patient-specific induced pluripotent stem cell-derived cardiomyocytes (hiPSC-CMs) have been developed as a new and popular model to mimic human diseases and provide the possibility of precision medicine. Patient-derived hiPSC-CMs carrying LMNA mutations, especially frameshift mutation, are superior models replicating different DCM-related arrhythmia phenotypes and give the opportunities to elucidate the Lamin regulated-calcium handlings mechanism. A patient-derived hiPSC-CMs carrying LMNAS143P, a prevalent mutation in Finland, have shown increased arrhythmia on β-adrenergic stimulation and are more sensitive to hypoxia[11]. Another patient-derived hiPSC-CMs with a frameshift mutation, K117fs, exhibit induced arrhythmias, dysregulation of CAMK2/RYR2 mediated-calcium homeostasis, and electrical abnormalities, consistent with the phenotypes in DCM patients[12]. The aberrant activation of platelet-derived growth factor (PDGF) receptor-β (PDGFRB) due to haploinsufficiency of Lamin A/C is considered to contribute to the arrhythmic phenotype in mutant hiPSC-CMs[12].

To date, almost all mechanistic studies on LMNA-related DCM have focused on cardiomyocytes, as cardiomyopathy is considered the disease of cardiomyocytes. However, as mentioned at the beginning, LMNA is widely expressed. The gene carrying the casual mutations in CMs is also expressed in other cell lineages, such as fibroblasts. Emerging evidence indicated that cardiac fibroblasts and fibrosis play a significant role in DCM pathogenesis. However, a knowledge gap remains on whether cardiac fibroblasts also participate in the occurrence of LMNA-associated DCM.

In this paper, the authors elaborately defined the progressive DCM phenotype, thoroughly demonstrating the potential role of fibroblasts in LMNA-DCM, and proposed underlining mechanisms. These findings are remarkable as presenting the first direct evidence that fibroblasts participate in the LMNA-regulated DCM pathogenesis. The study provides a new angle on delineating the underlying mechanism for DCM with LMNA mutations. That is, non-cardiomyocytes such as cardiac fibroblasts, and cardiomyocytes, jointly contribute to DCM pathogenesis. This research and future investigations on the function of LMNA in endothelial and smooth muscle cells will further critical new information for clinical treatments.

A few limitations of the study are noted. As the authors mentioned in the discussion, Pdgfra is not a unique marker for cardiac fibroblasts. The Pdgfra promoter-driven Cre expression may lead to partial deletion of LMNA in other cell types and tissues, eventually affecting the net phenotype. To exclude the effect of non-cardiac-fibroblast LMNA deletion, the authors screened the comprehensive metabolic panel, which suggested no apparent abnormalities in liver or kidney, and electrolyte disturbances, except a reduced glucose level in plasma. Interestingly, around 25% of cardiomyocytes showed LMNA deletion in mice. However, Pdgfra-Cre:LmnaW/F mice with intact Lamin A/C expression in cardiomyocytes still developed DCM with a late-onset, implying a fibroblast-independent role in the disease progression. While the lack of highly specific markers for cardiac fibroblasts remains a challenge in the field, the inducible could serve as an alternative approach to confirm the fibroblast contribution to DCM[15]. Additionally, Lmna can be ablated in active myofibroblasts by Postn-MerCreMer to further elucidate the role of fibroblast LMNA in other comorbid cardiovascular diseases such as myocardial infarction and diabetic cardiomyopathy[16,17].

In summary, the current study filled the knowledge deficiency of cardiac fibroblasts in developing LMNA deficiency-induced cardiomyopathy. The new information expands the understanding of the pathogenesis of the LMNA-induced DCM. 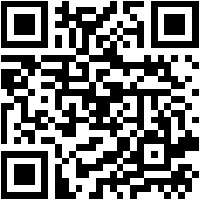