The use of targeted LNP/mRNA technology to generate functional, transient CAR T cells and treat cardiac injury in vivo

WHAT ARE CAR T CELLS?

CAR T cells are genetically engineered to produce an artificial T cell receptor, giving the T cells the ability to target a specific protein. The receptors are chimeric because they combine both antigen-binding and T cell activating functions into a single receptor.

CAR T cells were originally developed for use in cancer immunotherapy, where T cells are harvested from the patient, and are genetically altered to express a specific CAR, which targets an antigen that is present on the surface of tumours but not on healthy cells. They are then infused back into the patient to target and destroy the cancer cells. CAR-T cells have shown astonishing results in the treatment of mostly relapsed or refractory (r/r) haematological malignancies, with the first CAR T cell therapies being FDA-approved in 2017, and there are now 5 approved CAR T therapies. Over 500 clinical trials analysing CAR T cells for the treatment of cancer are currently underway worldwide[2].

The Epstein group have previously demonstrated that adoptive transfer of CAR T cells that target and eliminate activated fibroblasts resulted in a significant reduction in cardiac fibrosis and restoration of function after injury in mice[3]. However, the indefinite persistence of infused CAR T cells could pose a risk with future diseases. Rurik et al.[1] have set out to leverage the power of nucleoside-modified mRNA technology to develop a transient anti-fibrotic CAR T therapeutic in vivo.

LNPs are spherical vesicles made of ionisable lipids, which are positively charged at low pH and neutral at physiological pH (reducing potential toxic effects). Due to their size and properties, LNPs are taken up by cells via endocytosis. Then because of the ionizability of the lipids at low pH, this enables endosomal escape, which permits the release of the cargo into the cytoplasm. Moreover, LNPs usually contain a helper lipid to promote cell binding, cholesterol to fill the gaps between the lipids, and polyethylene glycol for stability[4].

Over the last few years, LNPs have been formulated and optimised for nucleic acid delivery. Once in the body, mRNA-loaded LNPs are endocytosed by various cell types and shortly after cellular uptake, the mRNA escapes the endosome, releasing the mRNA into the cytoplasm, where it is transiently transcribed before degrading[5].

Targeting antibodies can be decorated on the surface of LNPs to direct uptake (and mRNA expression) to specific cell types. Rurik et al.[1] (2022) hypothesised that an LNP directed to T lymphocytes could deliver sufficient mRNAs to produce functional CAR T cells in vivo [Figure 1]. As mRNA is restricted to the cytoplasm and is incapable of genomic integration, intrinsically unstable, and diluted during cell division, these CAR T cells would be, by design, transient[1]. This study was carried out in a mouse model.

Third, they showed that in the Ang II/PE induced heart failure mouse model, which results in increased cardiac fibrosis, targeted LNPs delivered FAPCAR mRNA (CD5/LNP-FAPCAR) to T cells at an efficiency of 20% increase in FAPCAR+ splenic T cells, 48 hours after LNP injection. Importantly, no FAPCAR expression was found in splenic T cells 1 week after injection, demonstrating the transient nature of FAPCAR expression in this in vivo model. Using live imaging confocal microscopy, it was shown in AngII/PE injured FAPCAR T cell-treated mice, that FAPCAR T cells trogocytose FAP from activated cardiac fibroblasts and return FAP to the spleen. These findings support the production of functional FAPCAR T cells in situ.

The findings of Rurik et al.[1] utilising modified mRNA therapeutics by targeting LNPs to specific cell types are likely to have far-reaching applications. The generation of engineered T cells in vivo using mRNA, is attractive because of the transient nature of the produced CAR T cells. Although not unequivocally demonstrated in the study, the lack of CAR T cell persistence in the body in the long-term will limit the off-target and toxic effects of this therapeutic approach. As pointed out by the authors, unlike patients with cancer, those suffering from disorders like fibrotic heart failure may not require a complete elimination of pathologic cells (activated fibroblasts) but may symptomatically benefit from an overall reduction in the burden of disease. Of note, cardiac fibrosis was decreased by almost half (~4.5% to 2.5%) following CD5/LNP-FAPCAR-treatment in Ang II/PE induced heart failure mice. A ‘partial elimination’ approach would be relevant to heart failure and disease, considering the multi-faceted role of different cell types, including immune cells, in governing disease mechanisms and remodelling processes. Moreover, the transient nature of mRNA-based therapeutics makes it desirable for applications that are directed towards cell reprogramming or genome editing. Also, targeted LNP/mRNA technology allows for precise dosing and re-dosing if necessary.

How ageing would affect the efficacy of modified mRNA therapeutics and the generation of engineered T cells in vivo are important questions. There is overall downregulation of immune responsiveness with ageing and concomitant with this is a moderate rise in circulating inflammatory mediators - inflammaging. An aged immune system drives senescence and the systemic ageing of all solid organs, including the heart[7,8]. Furthermore, old age impairs the ability of the heart to repair and regenerate[9].

Future studies should focus on clarifying the transient nature of the in vivo produced engineered CAR T cells, any off-target effects, optimisation of dosing strategy, LNP composition, the role of ageing and targeting of particular cell types and disease. The impact of targeted LNP/mRNA therapeutic approaches is likely to generate ‘off-the-shelf’ products which are scalable, easy to apply, and cost-effective to prevent and treat a variety of diseases, including heart disease and failure.

The author declared that there is no conflict of interest. 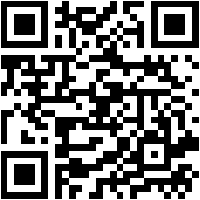