A major cardiovascular trend has been the development of Preventive Cardiology. In the past 10 years, Coronary Artery Disease (CAD) has become pandemic, being the number one killer in low, middle, and high-income countries. Epidemiologists identified the conventional risk factors predisposing to CAD more than 50 years ago but were aware even then of an additional genetic predisposition. Technology was not available until recently to pursue the DNA sequences mediating this risk. Today, the predisposition for common diseases such as CAD is claimed to be 50% genetic and 50% acquired. Early primary prevention of CAD based on genetic risk stratification has the potential to transform our approach to this disease.

Unlike single-gene disorders, the phenotype of common disorders such as CAD is due to multiple genes interacting with multiple acquired factors. Genetic linkage analysis of pedigree’s provided the golden era for discovering genes responsible for single-gene disorders but was inappropriate for polygenic disorders. Recent scientific contributions predominantly, the Human Genome and HapMap Projects, enabled us to pursue the discovery of the DNA variants contributing to polygenic disorders. HapMap Project mapped and annotated millions of single nucleotide polymorphisms (SNPs) which provided the DNA markers necessary to pursue genome-wide association studies (GWAS). The human DNA sequence is 99% identical with the remaining 1% being unique sequences responsible for the individual distinguishing features. Included within the 1% are SNPs of which the number has remained fairly constant at about 5 million per genome. Stranger et al.[1] claim that 80% of individual human attributes are due to these SNPs. Utilizing GWAS and SNPs as markers, the first genetic risk variant for CAD[2,3] was discovered on the short arm (p) of chromosome 9 (9p21). The formation of international consortia led by CARDIoGRAMplusC4D enabled sample sizes of hundreds of thousands leading to the discovery of hundreds of genetic risk variants predisposing to CAD[4,5]. Each genetic risk variant imparts minimal increased risk for CAD with over 80% occurring in non-protein-coding regions of the genome. Thus, the risk is mediated by increasing or decreasing the expression of protein-coding genes. The mechanism mediating the risk for CAD is unknown for over half of the genetic risk variants. The genetic risk for CAD is proportional to the number of genetic risk variants inherited, so can be expressed as a single number referred to as a Polygenic Risk Score (PRS).

A major interest is whether the PRS would effectively improve risk stratification for CAD. Secondary prevention of the clinical sequelae of CAD has been very effective. Primary prevention is also effective but limited due to a lack of means to detect those at increased risk. It is claimed 50% of individuals will experience at least 1 cardiac event in their lifetime. Secondly, CAD, which starts early in life, develops gradually and is more effectively prevented by early prevention. The conventional risk factors are age-dependent and often not increased to provide risk stratification until the fifth or sixth decade. Plasma cholesterol, a primary causative factor for CAD, also increases with age but already exceeds the recommended level of 70 mg/dL in men and women by the fourth decade[6]. Short of treating everyone with increased plasma cholesterol, knowing 50% will not benefit but be exposed to the same side effects and cost, why not risk stratify using the PRS. Risk due to one’s DNA is determined at the time of conception and does not change in one’s lifetime. This enables one to determine the risk for CAD any time after birth and initiate early prevention. This will provoke at least two questions. How effective is the PRS in stratifying for CAD risk? Does genetic risk respond to treatment?

PRS IS SUPERIOR TO CONVENTIONAL RISK FACTORS FOR RISK STRATIFICATION

To further assess the power of PRS, retrospective genotyping of large clinical trials was performed. used 27 genetic risk variants in a sample size of 48,421 consisting of 4 randomized placebo-controlled trials to assess the effect of statins on cardiac events. Two of the trials were primary prevention JUPITER (Justification for the Use of Statins in Prevention: an Intervention Trial Evaluating Rosuvastatin) and ASCOT (Anglo-Scandinavian Cardiac Outcomes Trial), and the other two secondary prevention - CARE (Cholesterol and Recurrent Events), and PROVE-IT-TIMI. Pravastatin or Atorvastatin Evaluation and Infection Therapy-Thrombolysis in Myocardial Infarction. Individuals with the highest PRS received the most benefit from statin therapy. The increased power of the PRS over conventional risk factors was evident from the number needed to treat to prevent one cardiac event was decreased 3-fold from that of conventional risk factors. Genetic Risk stratification was equally effective in primary and secondary prevention. Another large clinical trial[12] referred to as the West of Scotland Coronary Prevention Study was genotyped and the PRS was based on 57 genetic risk variants. Statin therapy in the high genetic risk group was associated with a 44% reduction of cardiac events, vs. only 24% in the intermediate and low-risk genetic groups. The number needed to treat to prevent one cardiac event in the high genetic risk group was 13.

Genetic stratification for risk of CAD was performed using the PRS in two recently randomized placebo-controlled clinical trials Fourier (Further Cardiovascular Outcomes Research with PCSK9 in subjects with Elevated Risk)[13] and ODYSSEY (Evaluation of Cardiovascular outcomes after an acute coronary syndrome during treatment with Alirocumab)[14]. Patients receiving Evolocumab therapy had a 13% relative reduction in the group stratified by conventional risk factors without high genetic risk and a 31% reduction in the high genetic risk group with or without conventional risk factors. The second trial (ODYSSEY) enrolled 11,953 individuals. Individuals with the highest PRS had the highest risk for CAD and Alirocumab was associated with a 37% reduction in cardiac events vs. a 13% reduction in the group with the lowest PRS.

Utilizing a sample size of 468,095 individuals from the UK Biobank, Tikkanen et al.[16] performed genetic risk stratification and assessed the effect of physical activity on cardiac events. The physical activity was the handgrip for 3 seconds and cardiac respiratory fitness was assessed by oxygen consumption performed while exercising on a stationary bike. The group with the highest PRS exhibited 49% fewer cardiac events.

In an era where medicine is supposed to be more precise and cost-effective, one would prefer initiating primary prevention in those at greatest risk for the disease. The PRS has been evaluated as a risk stratifier for CAD in over 1 million individuals by several investigators and results show it to be superior to conventional risk factors. Secondly, the PRS is relatively independent of the conventional risk factors. Thirdly, the PRS is independent of age, given it is determined at conception and does not change in one’s lifetime. Fourthly, the genetic risk has been shown to be reduced by favorable lifestyle changes and drugs that decrease plasma cholesterol. The PRS is not included in the guidelines but could be an enhancer for risk stratification, similar to the recent inclusion of the calcium score. Riveros-Mckay et al.[17] compared the PRS to the United States guidelines and showed 10% of CAD cases were misclassified as low risk by PCE which were correctly classified as high risk by the integrated PRS. They up-classified 7% of the population (7.4 million individuals) to high risk, qualifying them for statin prevention. The estimated cost of the PRS is in the range of $100-$200. The application of the PRS to males in their 20’s and 30’s or females in their 40’s would be expected to transform the primary prevention of the world’s number one killer, CAD. 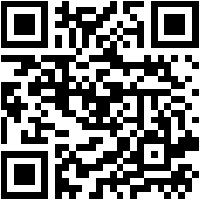